According to data from Gartner, worldwide IT spending is around USD4 trillion a year with North America, Western Europe and Asia Pacific as the largest-spending regions. Overall spending is increasing by 3-4% p.a. but sectors such as enterprise software and IT services are growing considerably faster than this.

The six largest tech companies by revenue in Fortune’s Global 500 list for 2019 were Apple, Samsung Electronics, contract manufacturer Foxconn, Google’s parent company Alphabet, Microsoft and Huawei, all of which had revenues in excess of USD100 billion (Amazon’s 2019 larger than Samsung’s but Fortune now lists Amazon as a retailer rather than a tech company).

The UK’s technology sector is the third-largest in the world, with annual revenues in excess of GBP180 billion. The tech industry works at a 75% higher productivity rate than other domestic industries and is growing 2.5 times faster than the economy. Over GBP13 billion of venture capital was raised for UK start-ups in 2019, and the government is keen to encourage this sector which it sees as a major driver of growth as the UK seeks to find its way outside the European Union.

Telecommunications and ICT clients accounted for around 5% of total market research spending in 2018, and they are key customers for FieldworkHub. We have successfully completed a large number of projects for technology companies covering a diverse range of topics including embedded processors, smart homes and smart devices, virtual reality headsets, enterprise software, mobile apps, online advertising, social media, and public policy topics. 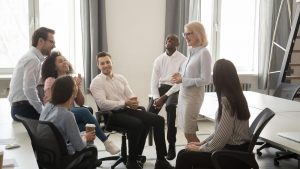 A global technology company wanted to obtain the views of informed members of the public and people with a professional interest in a public policy topic relating to their sector. We were asked to help our client to conduct the research in three Latin American countries (Argentina, Brazil and Mexico) and three countries in the Asia Pacific region (Australia, India and South Korea). In each country we organised two face-to-face focus groups in a viewing facility with opinion elites and four depth interviews with informed administrators and professionals - recruiting over 150 respondents in total. In addition to the recruitment, we handled all of the viewing facility bookings, arranged moderators and simultaneous interpreters for the non English-speaking markets and provided transcripts of each session. 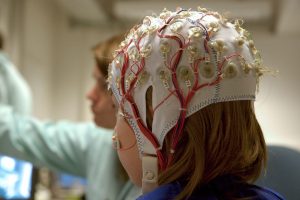 An international online viewing platform aimed specifically towards Millennials and members of Generation Z asked FieldworkHub to support them by recruiting adults aged between 18-50 who used Twitch. Using neuroscience techniques, participants were required to participate in a group task which measured brain activity while viewing content on a specific video streaming service. We  initially screened and recruited 70 London based participants, and due to client demand, we assisted with the extra urgent recruitment of over 250 London based participants over the course of three days. Given the short timeline that we were given to recruit the additional participants, our clients were extremely pleased with the quality of the respondents that we provided. 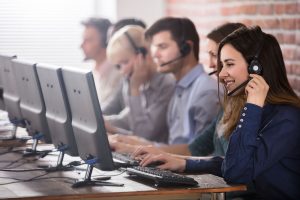 A leading software-as-a-service (SaaS) company asked FieldworkHub to arrange an online focus group with decision makers involved in the selection of service management software in medium to large enterprises. The client wanted to speak exclusively to people who were already using their software but since they did not have a ready-made list of customers to approach, we were asked to free-find suitable participants. We recruited participants at manager to VP level from companies employing 500+ staff in a range of different sectors to take part in the group and provide inputs to assist the client with their product development roadmap.